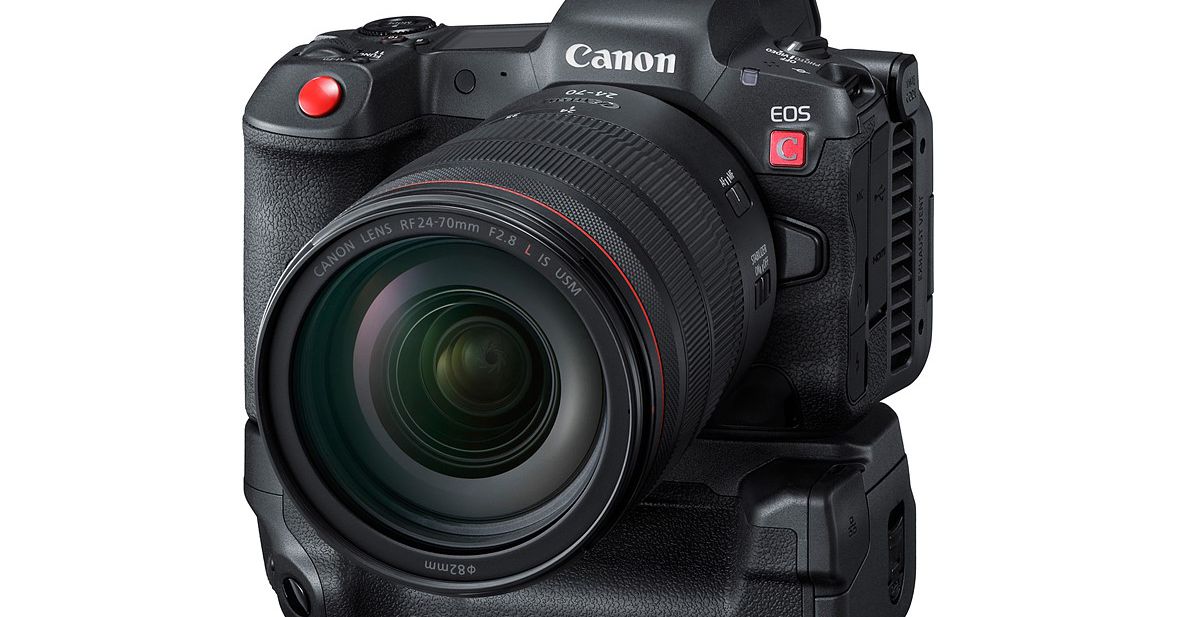 Canon has announced a new camera that brings cinema-quality video capabilities to a conventional full-frame mirrorless body. The EOS R5C looks a lot like the EOS R5, which in turn looked a lot like a Canon DSLR, but is much bulkier at the back. This is to accommodate an active cooling system so it can shoot long distances without overheating.

How long? Well, Canon says the cooling system allows the R5C to shoot up to 8K/60fps indefinitely. This was an issue with the R5; it was advertised as being able to record 8K for about 20 minutes, and Canon later released a firmware update to improve overheating issues. The R5C also supports 8K HDR recording in HLG and PQ formats, as well as 4K/120fps recording in 4:2:2 10-bit color without cropping the sensor.

As a still camera, it’s essentially identical to the R5, except for the lack of in-body image stabilization. The full-frame sensor is 45 megapixels and you can shoot at 12 fps with the mechanical shutter or 20 fps with the electronic shutter. The camera’s three-way toggle lets you start it up in photo or video mode, with menus and button functions changing accordingly.

The EOS R5C will be released in March for $4,499. That is $600 more expensive than the EOS R5, but then you almost get a separate camera. For some creators and producers, the all-in-one convenience may be worth it.