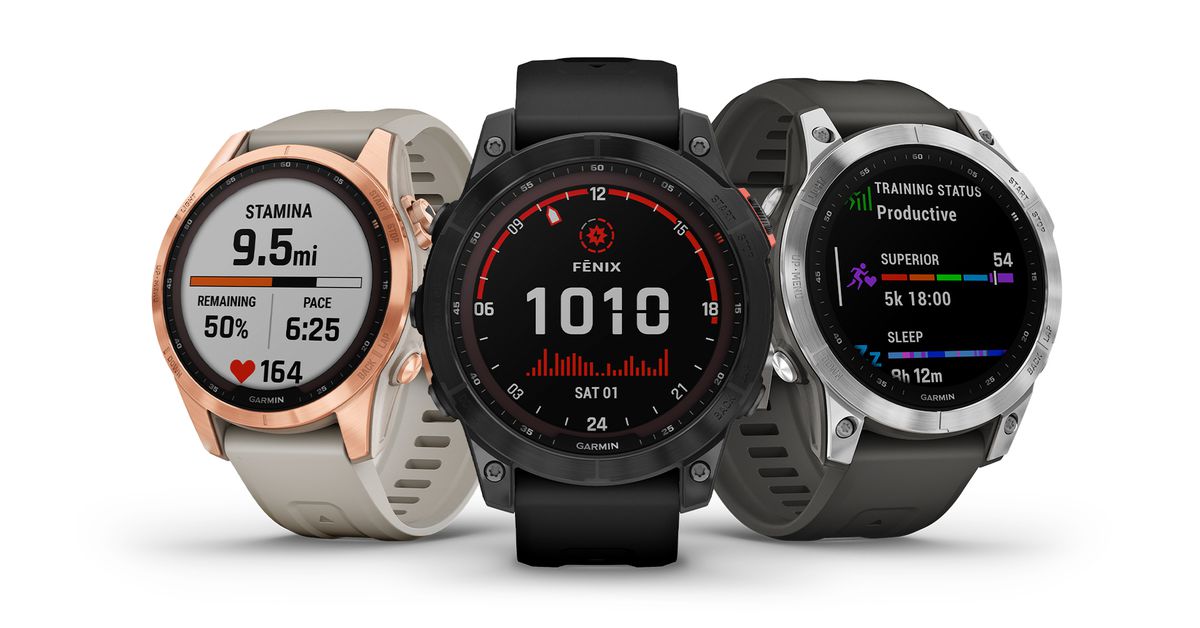 Despite the Garmin Fenix ​​7 series leaked to hell, it failed to show up at CES 2022. That’s because Garmin decided to wait until today to announce its revamped outdoor GPS smartwatches separately. In addition to an updated flagship Fenix ​​7 range, Garmin is also launching the Epix – a rugged outdoor smartwatch with an always active color display.

As the names suggest, Garmin is also adding solar charging capabilities to all three sizes. Garmin says these watches have 54 percent more solar area compared to the Fenix ​​6X Pro — and that reportedly translates into longer battery life. With GPS enabled, Garmin says the maximum battery for the 7S is 90 hours and 162 hours with solar charging. The numbers jump up for the 7 from 136 hours to 289 hours with solar power. For the 7X, Garmin says you get 213 hours or 578 hours with solar power. These are all estimates, of course, and what you actually get will depend a lot on your individual usage.

The Fenix ​​7 watches all support every major satellite system, but also add the L5 frequency range for better accuracy in ‘challenging GPS environments’. L5 is one of three “modernized” civilian GPS signals that, according to the US government, have “higher power, wider bandwidth, and advanced signal design.” The lineup also gets touchscreen capabilities – but don’t worry, Garmin isn’t doing away with button controls. (In fact, it adds button protectors to the start and stop buttons to minimize accidental presses.) The idea is to offer multiple ways to navigate menus, such as scrolling through your settings or zooming in on GPS maps.

The 7X also has a shiny new hands-free LED flashlight feature with adjustable red or white light to help multisport athletes see and be seen during nighttime activities. Garmin says it activates via a double tap and works for both left-handed and right-handed users. It has an optional strobe mode, where the flashlight also matches a runner’s cadence. Basically, it flashes red when your arm swings down and white when it swings up. Garmin says it works as head and tail lights on cars so that others have a better idea of ​​which direction a person is driving.

For software, Garmin adds a real-time endurance tool to help you compare the potential endurance you would have at moderate intensity with your endurance at your current exertion level. The company is also adding a new map feature called Up Ahead that will tell users the location of aid stations, elevation changes, water and other points of interest on a given track.

Meanwhile, Garmin is finally renewing its Epix smartwatch, seven years after it was first introduced in 2015. The new Epix is ​​basically what you’d get if you took the Fenix ​​7 and asked, “What if I used the transflective? screen for a 1.3-inch always-on AMOLED screen?” It comes in three 47mm models and includes many of the same features as the Fenix ​​7. The main difference between the two lineups is that the Epix doesn’t have the new LED flashlight. or solar power.In terms of battery life, Garmin claims the Epix will last up to 16 days on a single charge — and an impressive six days with the always-on display turned on.