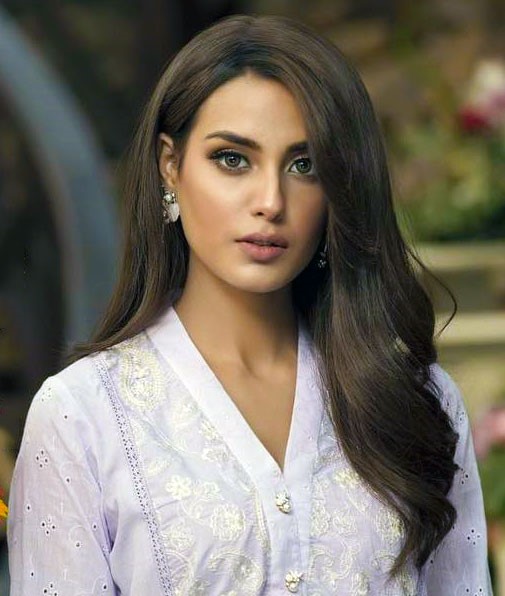 Iqra Aziz is a well-known name in the Pakistani drama industry. She has earned fame for her extraordinary talent. Iqra is one of the most talented actresses in the Pakistan drama industry. If you are a fan of Pakistani drama actresses, then you are at the right place to know about your favorite stars. In this article, we are going to make you know about Iqra Aziz biography. So let’s take a glimpse.

Pakistani drama industry is full of talented and famous actresses. One of these talented actresses is Iqra Aziz. She has earned fame in very little time through her best performances.

Iqra Aziz was born on 24 November 1997. She is 24 years old. She was born in Karachi and is a Pakistani nationality holder. Iqra Aziz took the start of her showbiz career when she was just 14 years old. She was picked up by Citrus Talent Hunt for acting. Her first appearance on TV was as a commercial model. Her talent made her appearance in the eyes of famous drama writers.

Iqra Aziz did her first project named Kissey Apna Kahyn. Her acting in this series was stunning. Thus doors of opportunities opened for Iqra Aziz in the drama industry. As a result, she signed many dramas one after the other and won many nominations and awards.

Now let’s have a quick glimpse of Iqra Aziz biography.

Iqra Aziz is a 24 years old Pakistani drama star. Her acting in Suno Chanda has made her won several awards. She has a stunning personality as well. Her professional behavior is one of the reasons behind her success. She has performed some of the marvelous roles and thus has created a strong fan base.

As a fan of Iqra Aziz, you must want to know about the personal activities of your favorite star. So in this article, we will discuss every detail of Iqra Aziz’s personal life. Firstly, we will have a quick glimpse of Iqra Aziz Biography. Then a second, we will look at the professional life of Iqra Aziz, so let’s have a look together.

Iqra Aziz completed her early education at a local high school in Karachi. She has done B.Com from Karachi University. Her family condition was not good from start. So she has to do work along with her education. When she started acting, she decided to fully focus on her acting career. Therefore, she quit her education. However, she has a mind to continue her education later.

Iqra Aziz is an orphan as her father died when she was very young. Her mother has to bring up her children alone. Iqra has only one sister. Hence she has a small family. Her mother is the first female careem driver in Pakistan.

Iqra Aziz’s sister is a software engineer. Her name is Sidra Aziz. Iqra is very close to her sister and mother as well. She owns a very brave mother who is an example of women empowerment in Pakistan. Iqra’s mother proved that a woman can defeat everything for bringing up her children.

the young Pakistani actress, Iqra Aziz is married to Yasir Husain. Her husband is an actor, director, and fashion model as well. Yasir Hussain proposed Iqra during LUX Style Award. They both married in 2019. The couple has a very beautiful baby boy.

She is a young and stunning actress in Pakistan. Iqra has a very beautiful physique. She looks gorgeous in every character and is a good-looking model. She is not very tall but an innocent-looking actress.

Iqra Aziz’s height is 4’9 inches. in addition, she has a body weight of 47 Kgs. Moreover, her body measurement is 34-26-34. Thus she has a perfect-looking model body.

Let’s have a quick wiki of Iqra Aziz’s body measurements.

Iqra Aziz is one of the most professional actresses in the Pakistani drama industry. She has done many memorable and famous drama projects. Some of her famous dramas are Suno Chanda and Ranjha Ranjha Krdi. Recently, her acting in Khuda Or Muhabbat Season 3 made the fans stunned. That was one of her super hit dramas.

She started her career in 2014 and still is doing the best acting in her all serials. Let’s have a look at some of her famous projects.

Following is the list of dramas. Iqra’s acting in each drama was a masterpiece on its own.

You should know how well your favorite actress has been performed. Therefore she has been awarded and nominated. Let’s have a glimpse together.

NET WORTH OF IQRA AZIZ

Throughout her career, Iqra has done some great jobs. Where she has earned fame and followers, she also has earned much money. According to estimation, Iqra has a net worth of $90 million US dollars.

Iqra Aziz is quite active on social media platforms. She has quite a strong fan base there. On Instagram, Iqra Aziz has more than 5 million fans. She also has a Youtube channel and has gotten more than 567k subscribers. Following are the links to Iqra Aziz’s social media accounts. Go check them and follow your favorite actress.