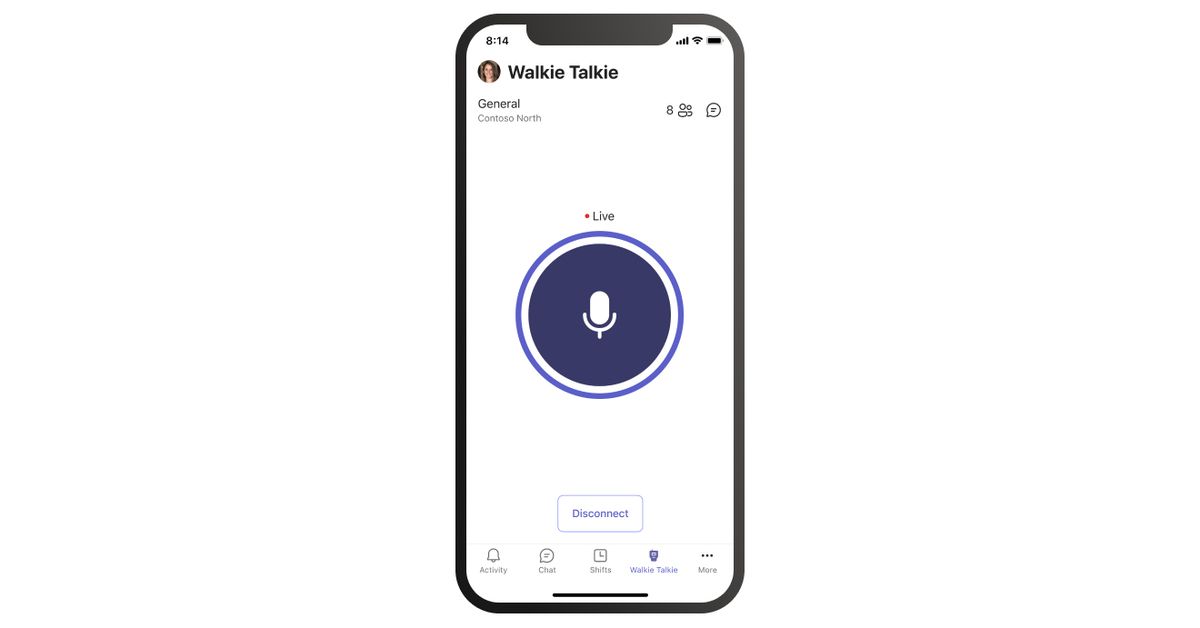 Microsoft makes its Walkie Talkie Function of Microsoft Teams generally available to all users of its communication app today. With Walkie Talkie, Microsoft Teams users can turn smartphones or tablets into a walkie-talkie that works over cellular data or Wi-Fi. It was originally announced two years ago and has been largely in preview since then. The future widely launched on Android in September 2020, but now Microsoft says it’s available for Zebra mobile devices, as well as iPhones and iPads.

Microsoft has mainly pitched this to frontline workers, employees who are customer-centric and run day-to-day operations within companies. The software maker’s partnership with Zebra Technologies allows it to work with a dedicated push-to-talk button for fast and secure communication. These devices are widely used by frontline workers, the workers who have helped navigate the world through the ongoing pandemic.

Walkie-talkie features are still rare in communication apps. WhatsApp lets you record audio clips that can’t be sent and received, and Slack launched its Discord-esque Huddles feature last year to easily drop people in and out of conversations. Apple launched its own walkie-talkie feature on the Apple Watch in 2018, using push-to-talk over a FaceTime Audio call.

Correction January 14, 6:57 PM ET: An earlier version of this story said the walkie-talkie feature has been in preview since its announcement. In fact, it became generally available on Android devices in late 2020. We regret the mistake.