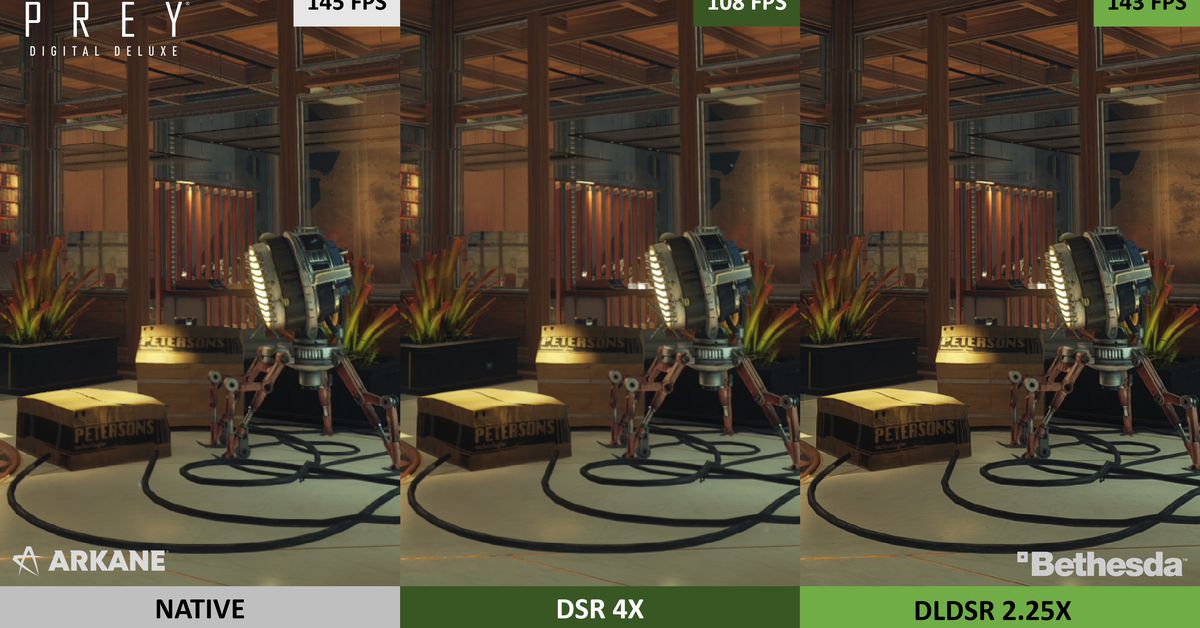 Nvidia’s latest game-ready driver includes a tool that improves the image quality of games that your graphics card can easily run, in addition to optimizations for the new god of war PC port. The technology is called Deep Learning Dynamic Super Resolution, or DLDSR, and Nvidia says you can use it to make “most games” look sharper by running them at a higher resolution than your monitor natively supports.

DLDSR builds on Nvidia’s Dynamic Super Resolution technology, which has been around for years. Essentially, plain old DSR will display a game at a higher resolution than your monitor can handle and then downscale it to your monitor’s native resolution. This leads to an image with better sharpness, but is usually accompanied by a performance dip (after all, you’re asking your GPU to do more work). So, for example, if you had a graphics card that could run a game at 4K, but only had a 1440p monitor, you could use DSR to increase the brightness.

DLDSR takes the same concept and includes AI that can also work to enhance the image. According to Nvidia, this means you can scale less (and thus lose less performance), while still getting comparable improvements in image quality. In real numbers, Nvidia claims you get picture quality comparable to four times the resolution with DSR with just 2.25 times the resolution with DLDSR. Nvidia gives an example with 2017’s Prey: Digital Deluxe running on a 1080p monitor: 4x DSR runs at 108 FPS, while 2.25x DLDSR hits 143 FPS, just two frames per second slower than native 1080p.

Of course, you might want to take those impressive results with a grain of salt, as Nvidia naturally wants to showcase one of the best-case examples. In the real world, you might get different results with different games, both in terms of FPS and the settings you need to run DLDSR in to make it look crisp. Given the wider game support, you can probably play with one of your favorite older titles – although you’ll still need an RTX card, and they’re not exactly easy to get right now.

Nvidia has had a lot of success with deep learning lately

This isn’t the first time Nvidia has used deep learning to improve image quality and performance — it’s gotten a lot of praise for its Deep Learning Super Sampling, or DLSS, system. However, DLSS must be game-specific, and the list of games you can use it with is relatively small (although as of today it will be the god of war).

AMD, Nvidia’s graphics card competitor, has also announced technology to improve the performance and graphics of a wide variety of games. It calls its approach Radeon Super Resolution, and while it doesn’t use exactly the same methods as DLSS or DLDSR (AMD has its own scaling technology called virtual super resolution), it pursues the same goal.

If you want to try out Nvidia’s DLDSR, update to the latest driver and then open the Nvidia Control Panel app. Go to Manage 3D Settings, click the DSR – Factors drop-down list and select one of the DL scaling options.