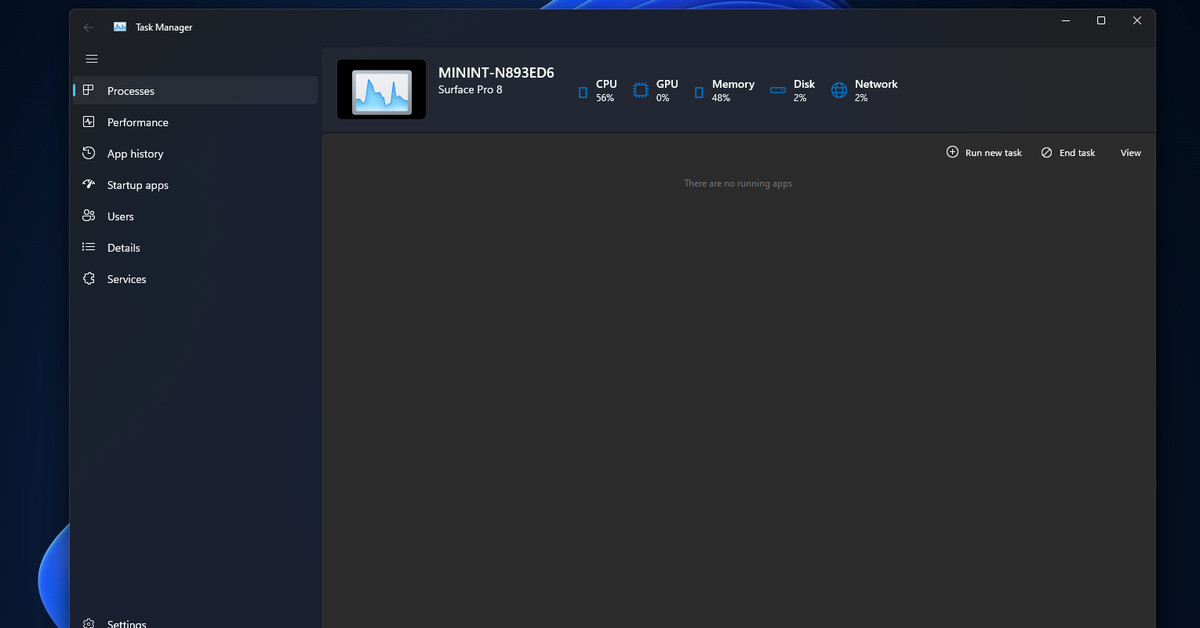 Microsoft is gearing up for an overhaul of the Task Manager in Windows 11. Like the rest of the operating system, the Task Manager is getting a redesign to match Microsoft’s new Fluent Design language. It looks like Microsoft has hidden the new design in the guts of recent Windows 11 builds, but student engineering Gustave Moncea, who previously ran Windows 11 on a phone, discovered the work in progress and shared it on Discord this week.

It is possible to enable the new Task Manager in the latest preview builds of Windows 11, but Microsoft has not officially announced the redesign. “This is a hidden feature in the new build,” says Monce. “Everything is broken, though.” It’s obviously still early days for this new design, but it already includes a dark mode and interface that closely mirrors the major design changes in Windows 11 – rounded corners, pastel tones, and a focus on simplification.

The tabs in the existing Task Manager have been replaced by a sidebar that allows you to switch between the different parts of the app. The Task Manager is a big outdated part of Windows that originally debuted with Windows NT 4.0. It has not undergone significant changes for nearly 10 years since it was last overhauled in Windows 8.

Microsoft is gradually redesigning most of the outdated parts of Windows. A new Media Player app is currently being tested and Windows 11 is also getting a redesigned Notepad app with dark mode support.