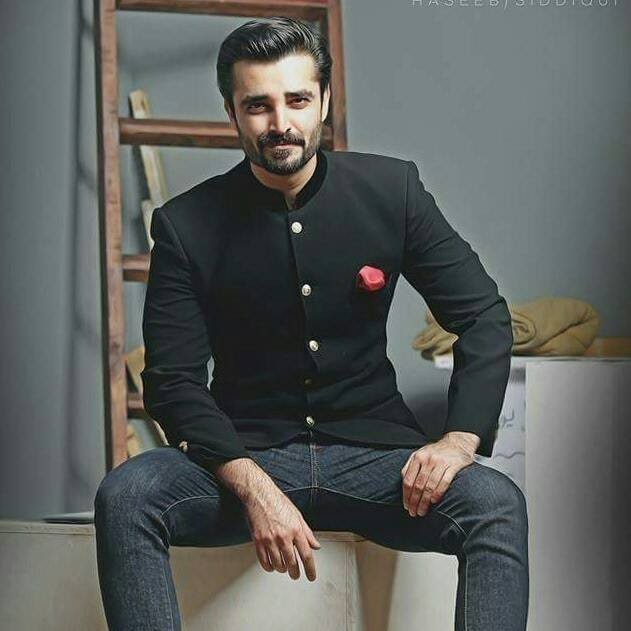 Hamza Ali Abbasi is a former Pakistani actor who has worked in several dramas and films. In 2006, Hamza Ali abbasi started his acting career as a theatre artist. He worked in many plays including Bombay Dreams and Phantom of the Opera.
However, he got fame from the feature films Waar and Mein Hoon Shahid Afridi. He received awards for his incredible acting in these films. He also won millions of hearts by playing the role of Afzal in the drama serial Pyaray Afzal. After that, he gave many blockbuster movies and dramas. Here you can take a closer look at Hamza Ali Abbasi’s interesting information and biography.

Hamza Ali Abbasi was born in Multan on 23rd June 1984. According to astrology, his zodiac sign is Cancer. After completing his education in the United States, he came back to Pakistan. He believed in his acting skills and for this reason, started his career as an actor.
At the beginning of his career, he worked as a theatre artist in different plays.

He also served a part in short movies like Dally in the dark and The Glorious Resolve. Hamza Ali Abbasi has struggled for many years during his starting point. Currently, he is known as a prominent face of the entertainment industry. In 2010, he landed the lead role in two feature films Waar and Mein Hoon Shahid Afridi.

Hamza Ali Abbasi was born on 23rd June 1984 in Multan. He completed his bachelor’s in International relations in the United States. Later, he did his master’s degree from Quaid-e-Azam university in the same subject. 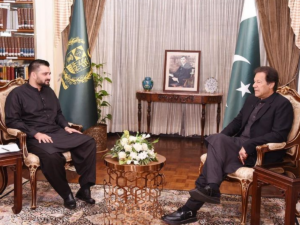 The 37-year-old actor is well-known for his spectacular acting abilities in many hit films and drama serials. Some of his super hit drama serials are Pyaray Afzal, Mann Mayal, and Alif. On Instagram, he has 804k followers on his official account(@realhamzaliabbasi).

Hamza Ali Abbasi was born in the city of saints Multan. He belongs to a Punjabi family. His family comes from an educated background of civil workers. His father Mazhar Ali Abbasi served as a military officer and his mother Begum Nasim Akhtar was a politician and lawmaker. Hamza Ali Abbasi also has a younger sister, Dr. Fazeela Abbasi, who is a well-known Dermatologist.

Hamza Ali Abbasi got married to Naimal Khawar in 2019. She is a former well-known Pakistani actress. The couple was blessed was a baby boy named Muhammad Mustafa Abbasi in 2020. 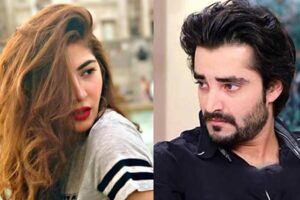 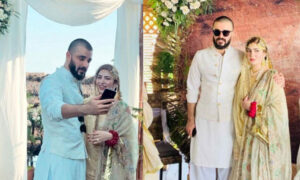 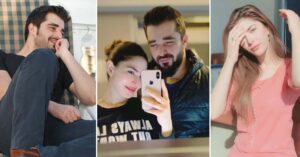 Hamza Ali Abbasi completed his bachelor’s degree in “International Relations” from the United States. After that, he pursued the same degree at the master’s level from Quaid-e-Azam university. Hamza Ali Abbasi is among the few people who have passed the CSS exam. He has worked as a civil service officer in the police group before starting his acting career.

Hamza Ali Abbasi made his debut by acting in theatres. He worked in many theatre plays. Some of them are Phantom of the Opera, Bombay Dreams and Home is Where Your Clothes Are. Besides, he also worked as a director for two feature films Mud House and the Golden Doll. However, he made his breakthrough with the feature films Waar and Mein Hoon Shahid Afridi. After that, he won awards for his incredible performance in these films. At the same time, he also made his mark through blockbuster serials. 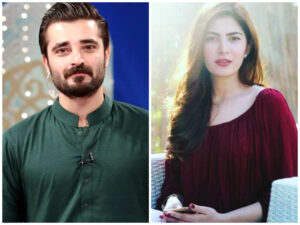 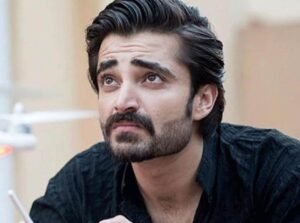 He is well known as Afzal in Pyaray Afzal, Salahuddin in Man Mayal, and Qalb-e-Momin in Alif. In 2015, Hamza Ali Abbasi also gained popularity by working in a lead role in two Pakistani films. He played Saif in the comedy film Jawani Phir Nhi Ani and Hamza in the aerial combat film Parwaaz Hai Junoon. 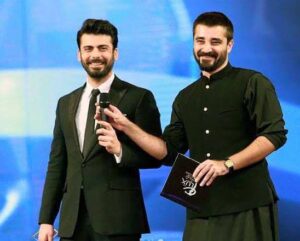 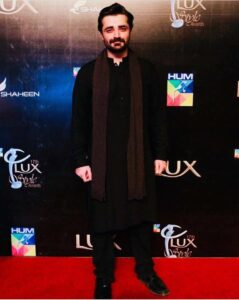 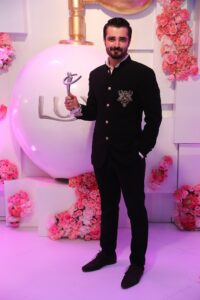 Hamza Ali Abbasi is one of the highest-paid celebrities. He also worked as a host and director during his career. His estimated net worth is nearly 8 million.

Traveling, watching movies, and reading books are some of the favorite hobbies of Hamza Ali Abbasi.