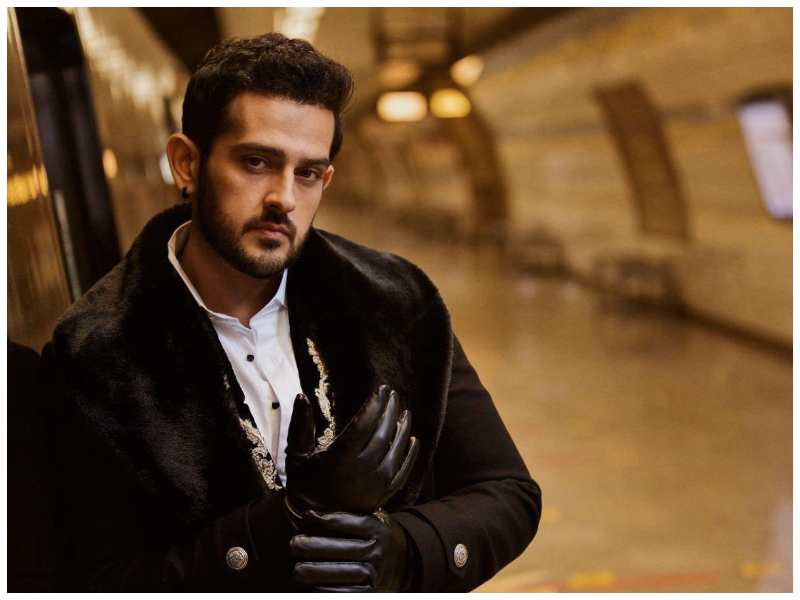 Azan Sami Khan is a handsome and talented singer, actor, producer, and music composer in the Pakistani Drama Industry. He has a rich family background and is a multi-talented person. Azan became famous for his drama serial Ishq e laa, which aired on Hum TV of his outstanding performance. He composed and produced many songs and won the hearts of fans. We have a whole biography of the handsome Azan Sami Khan aka Azlan, from the drama serial “Ishq e laa.”

He started his career in 2014 in the production of the Lollywood movie O21. The cast of this film was Amina Shiekh, Shamon Abbasi, and Shan Shahid, and he is also the co-writer of this movie. This film earned five crores at the box office, and then after that, Azan took a break from the industry. Then in 2018, he followed the footsteps of his father and made a debut as a music composer. He composed all the movie’s songs “Parwaz Hai Junoon” starring Hania Amir, Hamza Ali Abbasi, and Ahad Raza Mir.

Then in 2019, after his strong debut, he composed the songs for the two movies of Pakistan, “Paray hut love” and “Super Star.” He also launched music videos in his soulful voice and got great appreciation from the people in a very limited time. He also worked as an assistant producer in the Bollywood movie “Kalank,” starring Alia Bhatt, Varun Dhawan, Madhuri, Sonakshi Sinha, Aditya Kapoor, and Sanjay Dutt.

In 2021, he amazed everyone with his acting performance in Hum TV’s drama “Ishq e laa” opposite Yumna Zaidi and Sajal Aly. He played an essential role in the “Pathak Dey” motion picture opposite Ahsan Khan, Shamoon Abbasi, and Hania Amir. The director of this project is Saif-e-Hassan, and the date of release is not announced yet.

Azan Sami Khan is a Pakistani Singer and Actor. He was born on 22 May 1993 in Karachi, Pakistan, but currently, she lives in Karachi. He is 29 years old.

He belonged to a well-reputed and talented family. Adnan Sami Khan, a famous singer, music composer, and Musician is his father, and His mother is Zaiba Bakhtiar, an actress, director, and producer. His mother brought him up as a single parent because his parents got divorced. He is married to his childhood love, Sophia bilgrami, and has two children, a son, and a daughter. A young couple is living a blissful and happy life.

His early education was in Karachi, and then he went abroad for higher studies, where he completed his graduation degree from Belmont University in Nashville, Tennessee.

He proved himself as a brilliant actor through his outstanding performances in Drama Serial “Ishq e laa” which is aired on Hum tv. It is his first debut drama opposite Sajal Aly and Yumna Zaidi. Both of these are phenomenal actresses in the Pakistani drama industry.

Movies list of Azan Sami Khan is given below:

Here is the link to Azan Sami Khan’s social media accounts, where he keeps on updating her fans:

He lives in Karachi, Pakistan.

Adnan Sami Khan, his father, is a famous Indian singer, Musician, and pianist.

Zaiba Bakhtiar is his mother, a film/ and TV actor, and a television director.

He is married to his childhood love Sophia Bilgrami and has two children, a daughter, and a son.