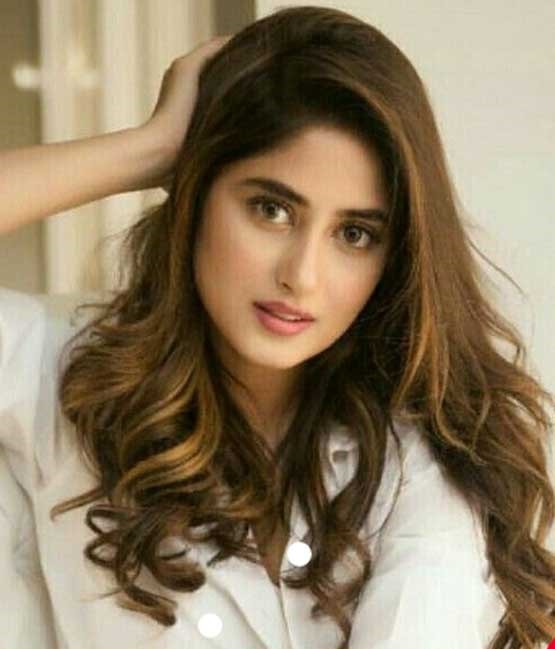 Sajal Ali is a famous Pakistani actress who has performed in several TV series and films. She started her career in 2009 from a minor role in a comedy-drama on Geo TV named Nadaaniyaan. Her extraordinary performance in her debut drama opened the doors of new performances in the industry. Sajal Ali is now the biggest name in the Pakistani entertainment industry. In this article, we are going to have wide look at sajal Ali biography. So let’s have a look together.

Sajal Ali, a well-known face of the Pakistani showbiz industry was born on 17th January 1994.  The actress famous for her beautiful smile and innocent face has done several super hit dramas. Her role in O Rangreza made everyone praise her extraordinary acting skills. Sajal Ali’s zodiac sign is Capricorn.

Sajal Ali, a 27 years old Pakistani actress is one of the most beautiful and young actresses in the Pakistani entertainment industry. She has shown her extraordinary acting skills in several Pakistani dramas. Sajal has won several national and international awards for her best performances. She was born in Lahore, the capital of Punjab, Pakistan. Sajal has done her graduation in arts from the University Of Central Punjab.

Sajal Ali was born in Lahore but after some time was shifted to Karachi. She has a sister and a brother. Sajal Ali’s sister is also one of the famous actresses of Pakistan named Saboor Ali. Her sister is currently playing the role of Babbli Badmash in the Pakistani drama Prizaad. Sajal Ali’s brother’s name is Ali Syed. Her brother is not in the media industry. Sajal Ali’s mother was a cancer patient and died in 2017. She was very close to her mother.

Sajal Ali was married to Ahad Raza Mir. Ahad Raza Mir is also one of the handsome Pakistani actors. Both tied the knot in 2020 but they got seperated in 2022 due to some reasons. Here is a complete Sajal Ali Biography so, have a look on it.

Sajal Ali got her early education from Beacon House School System. She started acting to support her family financially after her father left them. She did his graduation in arts from the University Of Central Punjab.

Sajal Ali did her debut in one of the episodes of Nadaaniyan in 2009. She has given some fantastic performances in several dramas and movies as well. Her debut movie is Zindghi Kitni Haseen Hai. Her debut movie hero was Feroz Khan. A list of sajal Ali’s dramas is as follows:

Sajal Ali has been nominated for different awards more than 17 times. She has won more than 5 awards. Recently Sajal Ali has won International Icon Award at DIAFA. Here is a complete Sajal Ali Biography so, have a look on it.

Sajal Ali is a beautiful and talented Pakistani actress. With her hard work and charming acting, she has earned a name. She casts 2.5 lacs for her each scene and thus has total assets of 30 million Pakistani rupees.

SOME INTERESTING FACTS ABOUT SAJAL ALI