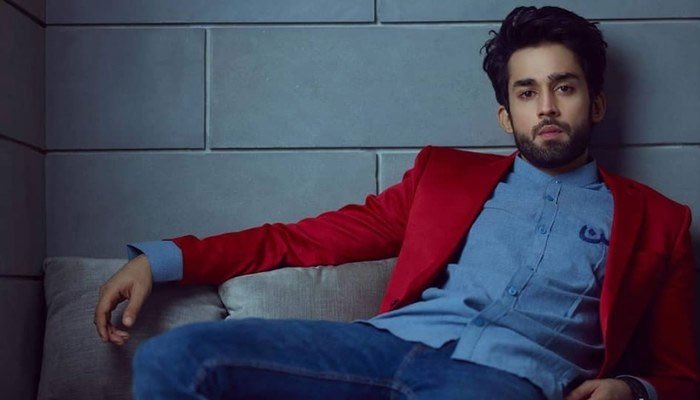 Bilal Abbas Khan has emerged as Pakistan’s new hunk in the drama industry. Bilal Abbas Khan, who truly exemplifies the term “chocolate hero,” has emerged as the latest media sensation. Thanks to his incredible performances and elegant personality, he has undoubtedly captured zillions of hearts. Bilal has wowed millions with his compassionate nature as Qasim in O Rangreza, and many are touting him as the industry’s next big Star. Khan has successfully established himself as one of the most popular superstars. Khan’s character as Taimur in the drama serial ‘Balaa‘ will enthrall you, and we must say that Bilal knows very well what he’s doing. He is a bright star of the Pakistan drama industry.

Bilal is famous for his style, smile, and looks. Now his acting gives new excitement to his fans. He is one of the most followed Pakistani actors on social media. This article will go through the life, education, controversies, TV shows, and net worth of Bilal Abbas Khan. So, let’s started.

Bilal Abbas Khan landed on earth on June 4, 1993. He belongs to a Pashtun family in Karachi, Sindh. This alluring actor completed his early education in the same city. After that, he was sent to Lawrence Institution, Murree, a boarding school. Here, Bilal participated in several theatre productions, which prompted him to pursue a career as an actor. After joining the entertainment industry, Khan enrolled at the Shaheed Zulfikar Ali Bhutto Institute of Science and Technology in Karachi to pursue a degree in marketing, which he received in 2015.

Khan is from those well-known actors in the industry and received positive responses from his fans. He is an undeniably talented actor with decent looks who avoids negativity and conflicts. Sohail Abbas, Khan’s father, serves as DSP Karachi in the Sindh Police, while his mother, Fatima Sohail, is a well-known fashion designer. He attended the National Academy of Performing Arts, where he received professional acting training. Bilal Abbas Khan, the gorgeous actor, began his acting career in 2016 with commercials and modeling and afterward auditioned for television parts.

The enchant Bilal is from those celebrities who took a critical eye on his physical state. This Pakistani newbie is very conscious about his fitness. Khan’s height in centimeters, meters, and feet is 175 cm, 1.75 m, and 5’9.

Bilal very intended regarding his weight. He eats according to his body’s requirements. His weight in Pounds is 154 lbs and in kilograms 70 kg.

Bilal’s body measurement considers ideal in industry and among his fans. His chest is 41 inches, his Waist is 31 inches, and his Biceps are 16 inches which are consummate.

Bilal Abbas Khan made his acting debut in 2016, Hum TV religious drama Saya-e-Dewar Bhi Nahi, opposite Naveen Waqar, Ahsan Khan, and Emmad Irfani. He played a murder victim in the courtroom drama Saanp Seerhi. Bilal played an introvert in the romantic comedy-drama O Rangreza (2017), in which he was raised by his strict uncle (Noman Ijaz) and fell in love with his daughter (Sajal Aly). After that, he played a wide range of characters, which gave him more success.

His performance in the thriller drama Balaa (2018) as a family-oriented man married to a nasty woman (played by Ushna Shah) earned him an ARY Media Award nomination for Best Actor and a Lux Style Award nomination for Best Television Actor. Cheekh, a crime drama in 2019, was one of the most popular and well-received dramas. As an antagonist opposite Saba Qamar, his performance was warmly welcomed by critics and the general public, cementing Khan’s position as a star actor in Urdu television. After this, he successfully many roles which praised by his fans. Here is the list of Bilal Abbas Khan’s dramas.

Bilal Khan started work on the Big screen in 2017 with the film Thora Jee le. That was his first movie, but it didn’t receive a good response from the audience. That’s why it flops badly in the industry. His second movie Khel Khel Mein came in 2021.

Along with the movies, this emerging Pakistani Star also did Web Series. In 2020 he did his first web series Ek Jhooti Love Story. And, in 2021 Abdullahpur Ka Devdas.

Bilal Abbas Khan also performs many telefilms. In 2016, he did his first telefilm Aashiq Colony.After that he sign for the next telefilm Kitni girhain Baaki Hain. Then performs further as Hamza, Shehryar, and Ahmed in different telefilms. He appeared last time in a telefilm named Laal in 2019.

Khan’s parents consider as a loving couple in the industry. His Father is DSP of Karachi, Sindh and his mother is a fashion designer. He is very close to his parents. That was his father’s dream to join showbiz, but he can’t fulfill his dream. So Bilal consummates his father’s vision.

Bilal Khan has two brothers and one sister. His elder brother lives out of the country. That’s why he has very few photo memories with him. Khan is more attached to his younger brother Umair who loves to sing. He has one sister Sana who is elder.

This chocolaty Star has a massive fan following on social media accounts. He is very active on social media and gets attached to his fans. He has 42K followers on Facebook,3.2M on Instagram, and 134.2K on Twitter. Khan shares his everyday life with his fans, showing his friendly behavior towards his lovers.

What is the age of Bilal Abbas Khan?

Who is his favourite actress?

He is a die-heart fan of Ayeza Khan

Is Bilal in a relationship with anybody else?

No, but he is in rumours with Ramsha Khan.