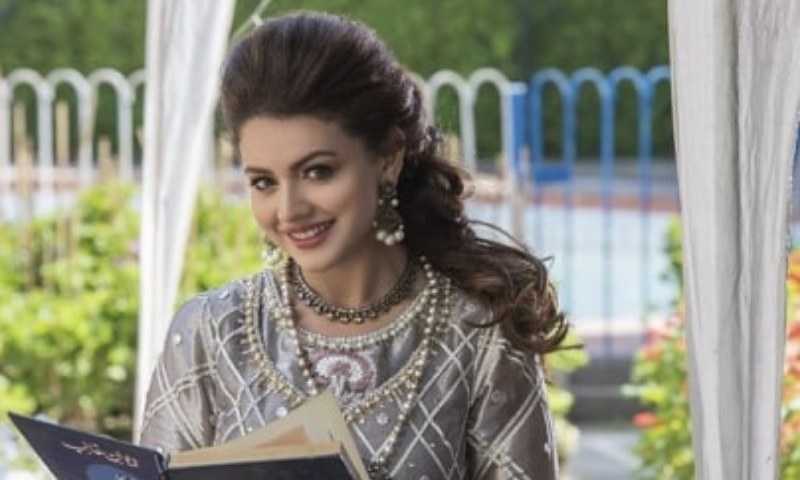 She is one of the most decent Pakistani drama actresses. She started her career in the drama Dharkan. Zara Noor’s amazing acting skills opened the doors of more opportunities for her. If you are a fan of Zara Noor Abbas and is looking for her biography, you are in the right place.

In this article, you will get to know about each and everything of Zara Noor Abbas’s life story. Keep reading.

One of the most talented Pakistani actresses, Zara Noor Abbas, was born in Lahore in 1991. Her birth date is March 13, 1991. Zara Noor Abbas belongs to a super talented family. Her mother and Aunt are well-known Pakistani drama actresses. Her husband is also in the media industry and has performed several drama roles.

Zara Noor Abbas’ father is an army officer named Colonel Abbas. Her family is very talented and serves in different media industry roles. Following is a quick wiki of Zara Noor Abbas that you must read.

Dharkan actress Zara Noor Abbas is a 32 years old famous Pakistani actress. She has been an adorable person since her childhood. Travelling and learning have been her passion since always. Zara has done many memorable drama roles in a very short period.

Zara Noor Abbas started her acting career in 2016 and is very famous. Her mother is Asma Noor Abbas, the most talented and senior Pakistani drama actress. Her Aunt and husband are also related to the Pakistani showbiz industry.

As a fan of Zara Noor Abbas, it’s your right to know everything about her life. Are you curious to know about what your favorite drama queen is doing in real life? Well, you might be too much curious about knowing the details.

Please read this article completely and know important information about her life.

Zara Noor Abbas is an educated actress in the Pakistani drama industry. She has done her graduation from Beacon house National University. Her degree was in arts and culture, but she studies theatre, filmography, and dancing in her optional subjects. Her talent is greater than her education, and she proved it.

Zara Noor Abbas khan belongs to a highly respectable and most talented family in Pakistan. Her mother and Aunt are well-known actresses of Pakistan. Zara’s husband is also a model and actor. Her maternal uncles are also related to the showbiz industry. Her father is an army officer.

Surrounded by a cluster of superstars in her family, she got inspired and decided to make her career in the acting industry. Her acting has proved that she has talent and was brought up by a talented family.

Zara is a happily married Pakistani drama actress. Her husband’s name is Asad Siddiqui. Both were married in 2017. This is Zara and his husband’s second marriage. Asad is also one of the famous and stylish Pakistani models and actors.

Zara Noor Abbas was a divorced actress. She was married very early to an American-based anonymous Pakistani. They couldn’t live together for long and, after all, separated. But now, she is very happily married to Asad Siddiqui. Evil eyes off!

Thirty-two years old Pakistani actress Zara Noor Abbas is super gorgeous. She is the most decent Pakistani actress who dresses up modestly and decently. Her body is just perfect for the camera. Her body measurements are 36-30-36. She has a height of 5’6.

Her eyes are very beautiful and creamy. Zara Noor Abbas possess very beautiful straight hair. She has a chubby and very cute face. Her facial features are also very attractive.

Let’s have a quick glimpse of Zara Noor Abbas’ life.

Zara started her acting career in 2016. Her debut drama was Dharkan. She has also worked in short movies. Her debut movie was Chalawa. Zara has performed several memorable roles in various famous Pakistani dramas. She has inborn talented acting skills.

Her drama list is not very long, but her every drama was a super hit. Let’s see the drama list of drama and movies list of Zara Noor Abbas.

The net worth of Zara Noor Abbas

Zara Noor Abbas is a talented but underrated actress in some way. Her net worth is about 5 million USD.

Q: What is the name of Zara Noor Abbas’ first husband?

A: Zara Noor Abbas’ first husband is not known. But now, she is happily married to Asad Saddiqui.

A: Her father is an army officer, and his name is Colonel Abbas.